The transition from middle to high school is a critical period of time for students. Students who do not make this adjustment smoothly experience long-lasting impacts on both graduation progress as well as post-secondary options. Identifying students who will require additional support, both academic as well as socio-emotional, is critical.  Increasingly schools have “early warning systems” to catch students as they begin to show signs of difficulty with this transition. The reactive nature of these systems often means that students are already in a difficult situation by the time they show up on schools’ radars.

Predictive analytics attempt to use past data to predict potential future outcomes. The Academic Support Index is a novel method for quantifying the likelihood that students may struggle in school.  Additionally, the institutional knowledge about students acquired during the middle school years is often lost as students articulate to high school.  Through the use of the “Middle to High School Transition Rubric” (MHST Rubric) critical knowledge was efficiently passed from the middle schools to the accepting high school.  The rubric consisted of six areas addressing academic and social-emotional concerns with scores ranging from one to five.  High rubric scores equated to high levels of concern. 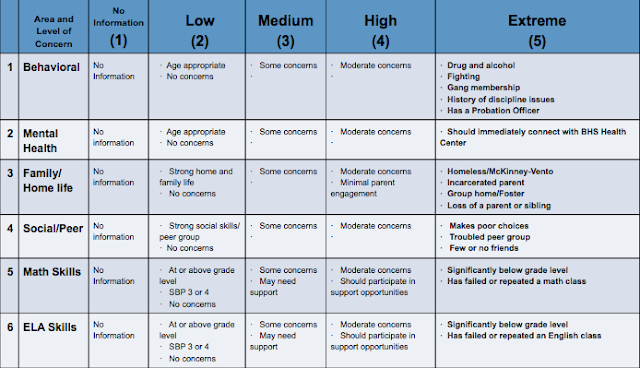 There was also a very strong relationship (r squared =0.9235) between the number of screens through which a student was identified and their end of the year GPA: 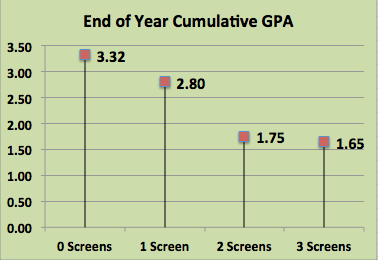 Using these three screens we chose to target group of eighty students (any student who showed up on at least two of the three screens) that was predicted to struggle with the transition from middle school to high school.  The combination of screens identified ninety percent of the non-special education students in the ninth grade class eventually demonstrating severe academic difficulty as measured by having four or more Ds or Fs at the end of the first semester. This difference was significant at p<0 .05.="" nbsp="" span="">

The validation of this method for identifying students for transitional support has significant practical implications for schools as they can more efficiently utilize resources to target and support at-risk students.

Consider this:  We knew the names of 90% of our incoming 9th graders who would ultimately struggle during their freshman year while they were still in 8th grade. The validation of this method for identifying students for transitional support has significant practical implications for schools as they can more efficiently utilize resources to target and support at-risk students.

Screening Tool for At-Risk Students by David Stevens is licensed under a Creative Commons Attribution-NonCommercial-NoDerivatives 4.0 International License.
Posted by David Stevens at 11:38 AM 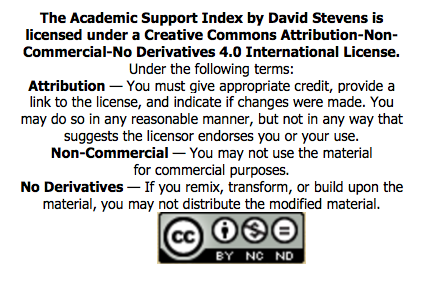 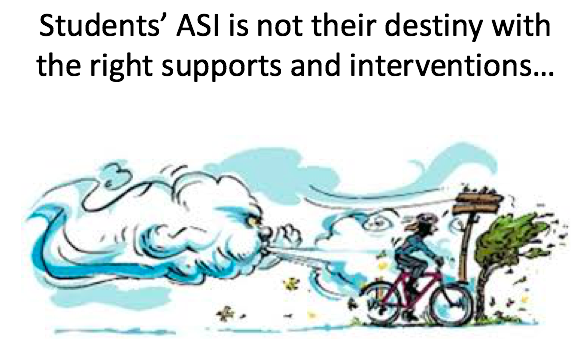